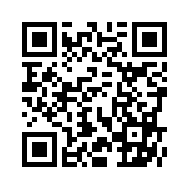 Justin Trudeau, Judicial Corruption & the Supreme Court: Aliens and Archons in Our Midst

Corruption and systemic racism run deep in the Canadian justice system—could a conspiracy involving manipulative aliens and their Archon fronts be to blame?

In his book Justin Trudeau, Judicial Corruption and the Supreme Court of Canada: Aliens and Archons in Our Midst, author Peter Tremblay, a veteran investigative journalist who has worked for former Canadian Defence Minister Paul Hellyer,reveals shocking evidence that aliens are in our midst—hiding in plain sight within Canada’s most powerful and trusted organizations, including the police, the judiciary, and other institutions of governance.